DJ/producer Astrak coming straight from Valais (Switzerland) has agreed to answer a few of our questions. His new title You – a track suffused with emotion – was just released under Hardstyle France Records. A chance for this artist specialized into Euphoric Hardstyle to talk about his debut in the label after a making noteworthy appearance at Dirty Workz Copyright Free.

First of all, thank you for your time and agreeing to do this interview. Could you introduce yourself for those who don’t know you quite yet?

Hello, thank you for this interview. I’m glad to meet you.

My name is Alex aka Astrak and I’m a Swiss artist. I’ve already released a few tracks such as No Turning Back or Back Home but I think the best is yet to come.

Where does your passion for music come from?

I’ve always enjoyed listening to music but it really started when I discovered electronic music, when I was about 11 or 12, with artists like DJ Mangoo, DJ Splash to name but a few.

When you usually need a whole band to produce music, I thought to myself “Wait, is this just a one-man job?”. So this is when I really took a greater interest into this music style and began producing melodies on my computer, just for the fun of it.

I really got into Hard Music through UK Hardcore and artists such as Darren Styles and Gammer. I think it was about that time that my passion truly kicked in, even if I only released my first track in 2016.

Where do you find your inspiration, your musical influences (whether it be Hard Music or not)?

I have many but I’d say that concerning tunes, I mostly get my inspiration from Wasted Penguinz and Code Black. I remember downloading tracks on iTunes, under the “Dance” category back then, when I stumbled upon a track of Wasted Penguinz – a track that made me fall in love with Hardstyle.

Other artists (e.g. Mitis or Nurko for instance) which are in fact not into Hard Music have a great influence on me. I listen to a lot of Trance and Melodic Dubstep as well.

I’m fond of tracks that have emotion in them and I strive to incorporate it in my productions in order to give them character.

2020 has been a peculiar year. What will you remember?

Indeed, it has been a complicated year as much as it has been a beautiful one. It’s a weird sensation. I’ve worked on several track projects and we were lucky enough in Switzerland as, over the summer 2020, clubs had opened their doors. It felt good to be able to play in front of an audience.

Even though this partyless period of time is difficult, I’m trying to stay positive. I’ve met some awesome people whom I might never would have known if it hadn’t been for this situation. 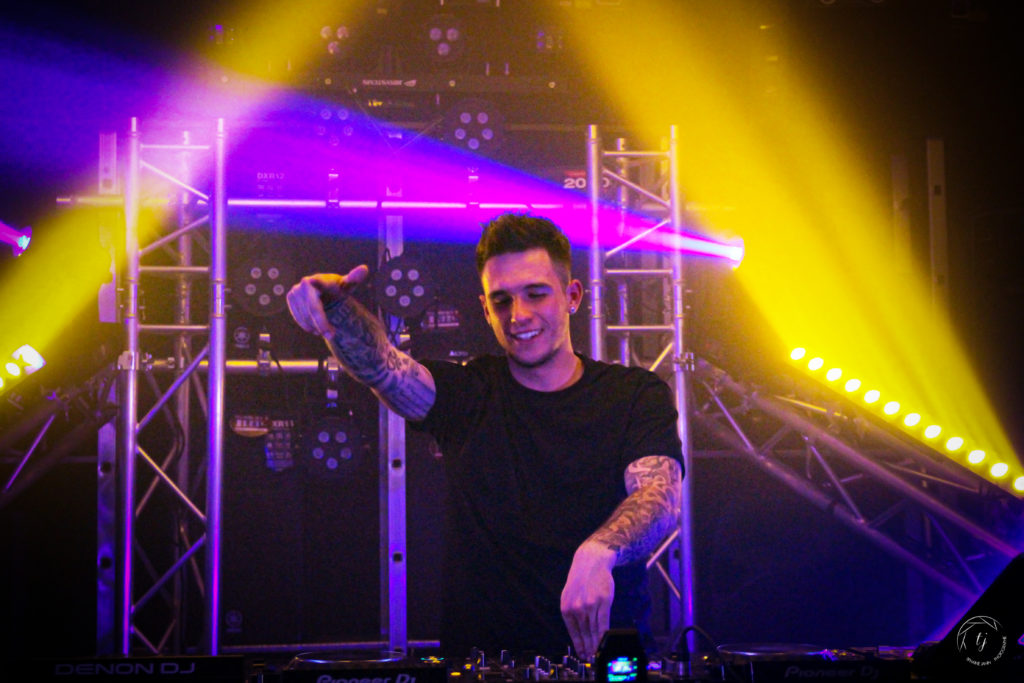 Your new title You was released yesterday, what can you tell us about this track?

I’ve really tried to do something different here with You. I didn’t want a long vocal that would last forever, quite the opposite, I went for short breaks and a catchy tune all the while sustaining the emotion. It really was created for the return of festivals and events with a balance between efficiency and emotion – which is the most important part for me in a track. I believe I’ve managed to accomplish just that. I’m really proud of this quite intense track and I certainly hope you’ll enjoy it!

After releasing several titles under Dirty Workz, Copyright Free, you chose to submit You to Hardstyle France Records? What motivated you into joining this label?

It was one of my dream to release a track under Dirty Workz, even if it was just the sublabel Copyright Free.

As for Hardstyle France Records, it just kind of happened. One day, my friend Klockerz told me that Damien RK, who I had barely heard of, played my tracks on his Twitch lives. I was the first one surprised and, out of curiosity, I checked it out. We ended up talking a lot with Damien and he then asked me to send him my latest unsigned productions.

Hardstyle France Records is a rising label with a huge potential but it is so much more than just a label – there is a whole family behind it. A family that supports its artists and that’s what I liked about it. I couldn’t be happier to be part of the team.

We got wind of an upcoming Frenchcore title with Klockerz. Could you tell us a little bit more about that particular project and others to come?

At first, this project was only designed to be a small anthem for a party with friends, nothing more. When Klockerz told me that we could submit our track to Hardcore France Records, it was unthinkable to turn down an opportunity like this. We thus met in the studio in order to bring the track to the next level, taking the project a bit more seriously. (laughs)

Other than that, I have a few projects on different tracks which will be submitted to Dirty Workz but I’m really looking forward to pursuing the adventure initiated with Hardstyle France Records.

A final word for our readers?

Thank you everyone for the incredible support that you give me, I hope you enjoyed reading this interview. I cannot wait to share moments with you. In the meanwhile, I’ll leave you to my music which I hope you’ll enjoy. And most of all, take good care of yourselves!