This French artist from the city of Lyon is gifted with the most unique voice. In addition to being a Rap and Hard Music enthusiast, Wild Fox is an unparalleled vocalist who is featured on artists’ productions such as Maissouille’s or Mighty Spiritz’s. The singer is in the spotlight of both Hardcore France Records and Hardstyle France Records labels and has agreed to answer our questions and grant us an interview on the occasion of the release of Smashing Business, in which he is featured alongside Lem-X and Neko. 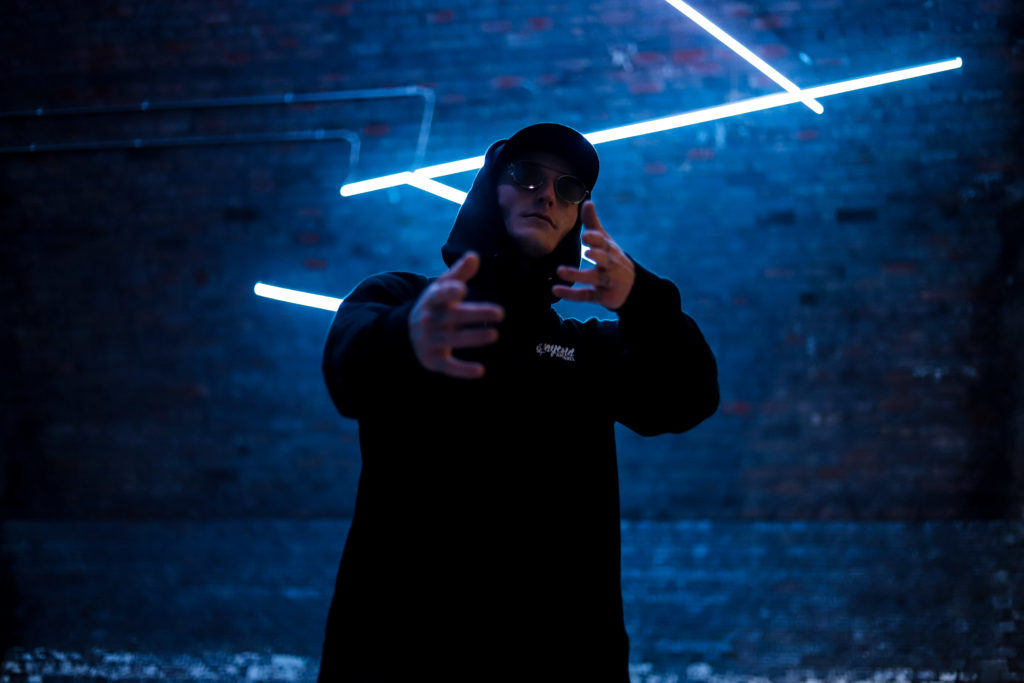 First of all, thank you for accepting our invitation. Could you introduce yourself for those who don’t quite know you yet?

Hello everybody! I’m Matt and my stage name is Wild Fox. I’ve started working full time on Hip-Hop some 5/6 years ago, creating productions without having a serious project but then, I wanted to give it a shot and started writing for me and other artists. And today, my life is all about music.

How did you end up discovering the universes of Rap and Hard Music?

I grew up listening to Hip Hop through my teenage years and I just fell in love with this universe.

And as far as Hard Music is concerned, I discovered it thanks to Mighty Spiritz when I was studying to be a sound engineer in college in Montpellier, in the South of France. I discovered this type of music and it was love at first sight, as if I discovered a part of me that I had no idea existed yet.

How does inspiration come from when you write a track? (lyrics and so on)

Before I can prepare a track, there are several stages in the writing process. First of all, I start by writing in English as I far better like the language construction of English. For my album “From The Ground”, the lyrics are much more focused on society and the idea of credibility vis-à-vis Hip Hop culture. I grew comfortable in that area because writing about it helps me shed light on sad things that, I believe, should change. I push people to take a moment to think and the aim is for the listener to realize what I denounce.

Can you share with us your experience at the Warehouse?

As I was close to Mighty Spiritz, I naturally became his MC. As the event Hardcore France Invasion 06 drew nearer, he contacted me to host his set. I accepted, I set foot on stage and it was unbelievable. I ended being the MC all night long, it was madness! I mingled with a crowd on fire, even though they didn’t know us yet; it was a powerful moment! The energy felt was amazing… Hardcore France Team was totally awesome and that’s how the collab’ with the label started.

You worked alongside Mighty Spiritz on his first album. How did the collaboration go?

As we’ve known each other for a while now, we’ve always produced music together; we’ve actually produced many tracks. He was making something, I was a part of it, that’s as simple as that. So when he told me that he wanted to dive into the experience of creating an album and he also said that he needed a voice, I naturally helped him out on the lyrics. I couldn’t pass down an opportunity like this and that’s how it all began.

You’ve also had the opportunity to work on a collab with Massouille on I Need A Rave as well as Neko and Lem-X’s new track. Have you got something to say about these tracks?

As far as I Need A Rave is concerned, it all started when Axel and I were talking about the Covid-19 health crisis and the dire situation in which culture is in at the moment. So Maissouille and I came up with the idea to create a track reflecting this. In the spirit of current times, the track embraces our feelings about all this. I took care of the lyrics while Axel and Denis worked on the theme. Working with both artists was really interesting and original; I really enjoyed it.

As for Smashing Business, it was a totally different approach. Lem-X and Neko contacted me and asked me to write a text and with my lyrics, they’d compose the track afterwards. When it was a cappella, it was sort of okay. But thanks to the talent of both artists, the final track is just wild! I had a blast as well working with them.

You’ve got many undergoing solo projects. Tell us more about them.

I’ve got so many things going on, in particular a new collaboration with Maissouille to be released soon enough and one with Mighty Spiritz as well, on top of his new album. I am also preparing a new solo EP that will be released in late May. Its name is “Make It Count”, 7 to 8 tracks will be included in it and they will tell a story. Kriptonic, Hardcore France graphic designer, took care of Going To Hell’s artwork, the first track of the EP. I’m really proud of this project as it is the result of a year so rich production-wise (more than 50 tracks) and a precise selection to really be able to create something that is me. Mighty Spiritz did help me to make it happen.

For my next EP, I produced a track with a singer called July Jamain, a talented artist who I’ve already worked with before, with my track Unfulfilled. As I live in London while she lives in France, we had a conference call and no sooner had I finished my track than we had recorded the vocal and wrapped it up in less than an hour! I had never finished a project so quickly!

A final word for our readers?

First and foremost, a word towards the Mag! I am thrilled to have been able to give you this interview. I hardly ever read magazines but every time you release an interview, I read it. I love your work and the fans’ enthusiasm. A huge thanks to your readers for the strength they give me and also to my fellow artists. Thanks for your support and see you around the corner, starting from March!

Check out Wild Fox on his social media:

Listen to his lastest album FROM THE GROUND UP below: