We took advantage of the release of the new track Carve You Up signed with Hardcore France Records to interview Jean-Phillipe Cotteron aka LEM-X, in order to present to you this artist who, in addition to his incredible career, is considered as a Hardcore pioneer in Switzerland.

Here is the chance to discover this amazing artist, full of surprises, through the questions that he was kind enough to answer. 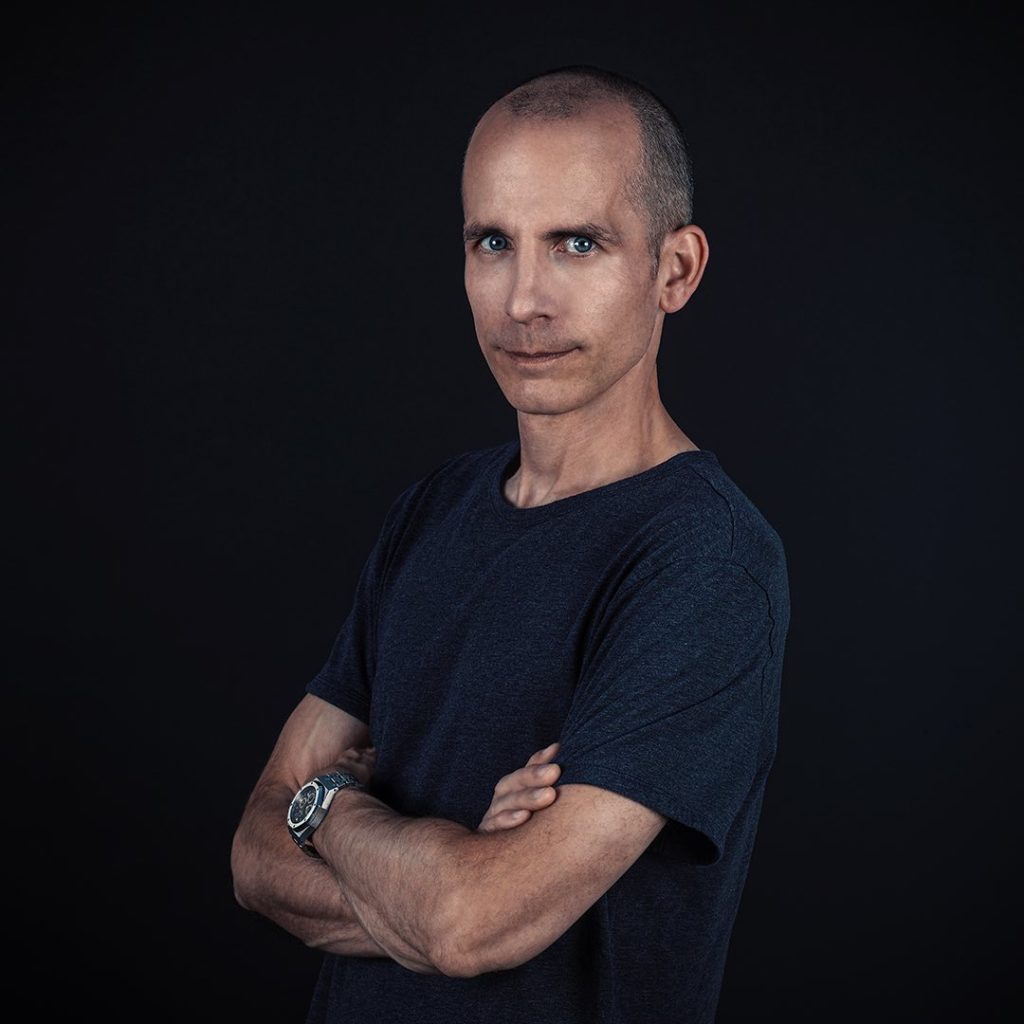 1) To begin with, can you tell us where you come from and how you got where you are today?

Where should I start…? I’m a Swiss guy who started mixing back in 1994.

I have been a teacher for four years in a DJ school that we had created with a bunch of friends from the organization Or-beat. With the very same organization, we organized something like a hundred events in Switzerland for about ten years.

In 1997, my first productions were unveiled on the compilation of the first Lake Parade in Geneva until the year 2000 when the Italian label D-Boy Records took me under its wing. Several productions were released on it, including the famous Madness War. A pretty good damn era if you

ask me, which will be etched into my memory for a very long time, especially thanks to the events at Rimini (Extreme Gheodrome) and at the Number One – unique atmospheres in Europe could be felt back then, particularly with human pyramids!

Since then, it was parties and productions one after the other, it was crazy! And then, the years have passed and personal projects led me to quit the stage for nearly 10 years.

It’s only in 2017, when I received a call from a friend who wished to invite me play for an event, a “floor remember” from D-Boy Records, and that’s when it just clicked: the love and passion for this music just all came rushing back as if it had never left me. I said to myself “Let’s get to work J-P! All in!”

I then started producing again but it actually took me some while to be up to date regarding sounds and production techniques. As I wanted to produce my own tracks, I decided in 2018 to create my own label Handkuf Records. From that moment on, it’s been pure madness – I’ve never stopped since. I’d actually need 48-hour days in order to balance my real day job and everything I do on the side with my music, managing a label and my other hobbies.

At the moment, the music I create is usually linked to my emotions when I’m in my studio. I often write pretty dark texts but I actually try to turn them into emotions in the breaks with euphoric tunes that thrills me. I hope it thrills other people as well. (laughs)

I make staying within mainstream Hardcore a point of honor as I do not want to drift towards what’s working at the moment and be “trendy” by varying with Uptempo, for instance. Even though some Uptempo tracks are well produced, it is my belief that they often lack emotions.

In my opinion, Hardcore must be a mix between Hard Music and emotions and that’s what I strive to do.

2) How did you go through this quite unusual year?

Personally, this year has been really productive: many releases on my label Handkcuf Records including the title In Da Club in September 2020, other releases on other labels such as Footworxx or Disobey and a huge collaboration with Andy The Core on his latest album “Undisputed”.

In October, I’ve had the pleasure to release, under the label State Of Anarchy, a remix of Dicks, Pussy’s and Assholes of Tha Playah (also available on the latest Thunderdome compilation “High Voltage”). And for this year’s last month, the track Always Louder was released on the Dutch label Afterlife, and of course Carve You Up with Hardcore France Records, who I thank again warmly for this opportunity!

3) Do you have any ongoing projects?

I currently have various collaboration projects, under way or finished. Some of them are actually planned for the beginning of 2021. I’m also working on my first solo album – I hope to be able to release it in May/June 2021. 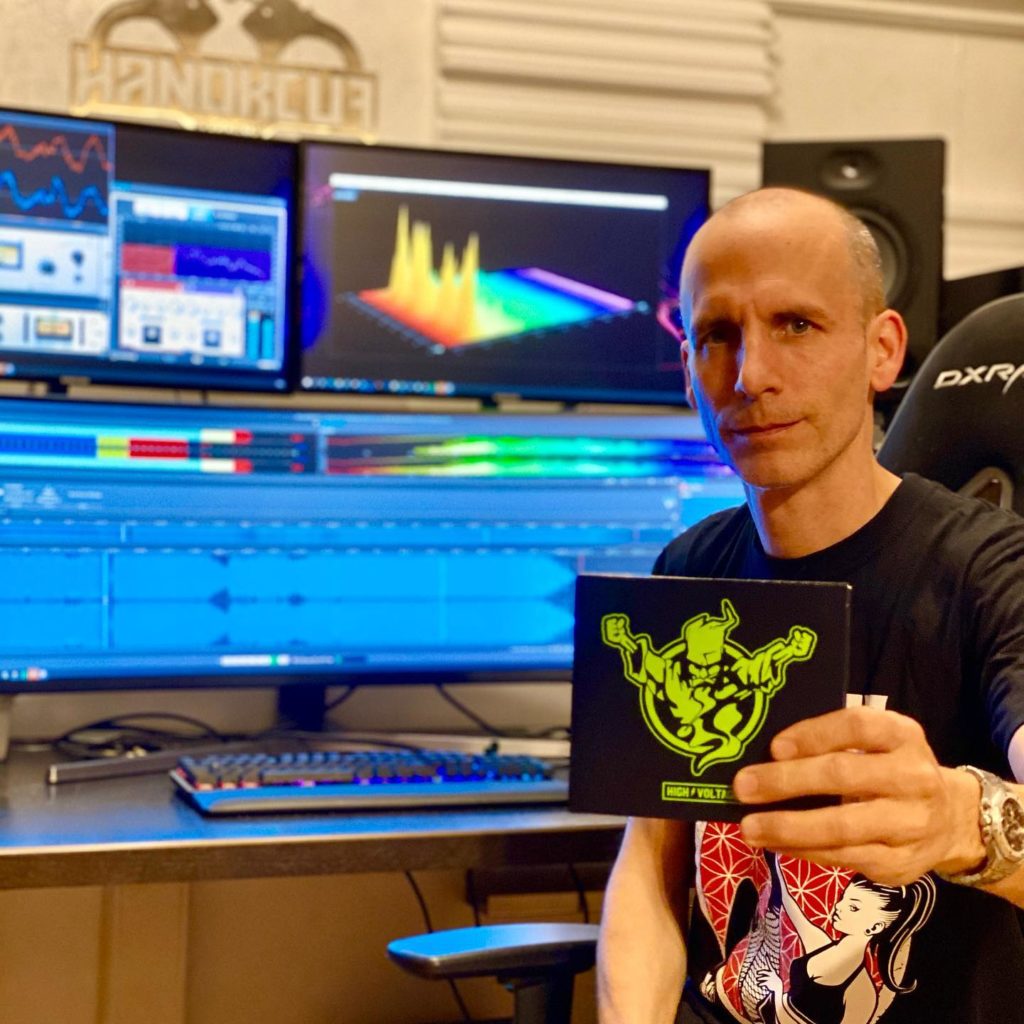 4) If you could change one thing for the development of Hard Music in Switzerland, what would you do?

Let’s see, where to start… Before 2007, there were a great deal of events in Switzerland: every week, all over the country, small ones and big ones alike.

There are much less events and organizations these days. Quality can certainly be found in these parties, however there are fewer of them and big events become scarce.

Nowadays, only one or two (Swiss-German) organizations set up large scale events. In the future, I hope this scene will expand again because the public is there – a great many of them – and they are just waiting for it.

As far as production is concerned, there are some excellent artists such as Invaïssor, The Paranoize, The Dissident, Strobcore, as well as labels, although very few at the moment – namely Handkcuf and Nekrolog1k as the two major ones. There is a real desire to change things around in the country, in the Hard scene industry. Unfortunately, some people have an “every man for himself” sort of mindset while we should all be sticking up for each other to create something huge, which would result in a bigger impact outside of Switzerland. If I could change one thing, I think that’d be it, but the task would be really hard to achieve.

5) Do you ever listen to other styles of music or are you 100% into Hardcore?

Yes, I listen to many other styles of music, I am what they call an eclectic person! When I’m not in the studio, at a party or behind the deck, I barely listen to Hardcore. However, I listen to a lot of Oldschool Hip Hop. Among them, KRS-One, NWA, Ice-T, Geto Boys, Ice Cube, Gruf the Druid, PE or Guru, to name a few.

I also listen to New Wave, such as The Cure, Sisters Of Mercy or Joy Divison.

I’m keen on softer electronic music as well such as Avicii, The Avener or Faithless.

And to finish, metal is a style that I’m particularly fond of. Body Count, Rage Against the Machine, Sepultura or then again Slayer are part of my favorite bands.

I obviously listen to many other groups and music genres but these are the most important ones, some of which have had a real influence on me at some point in my life. 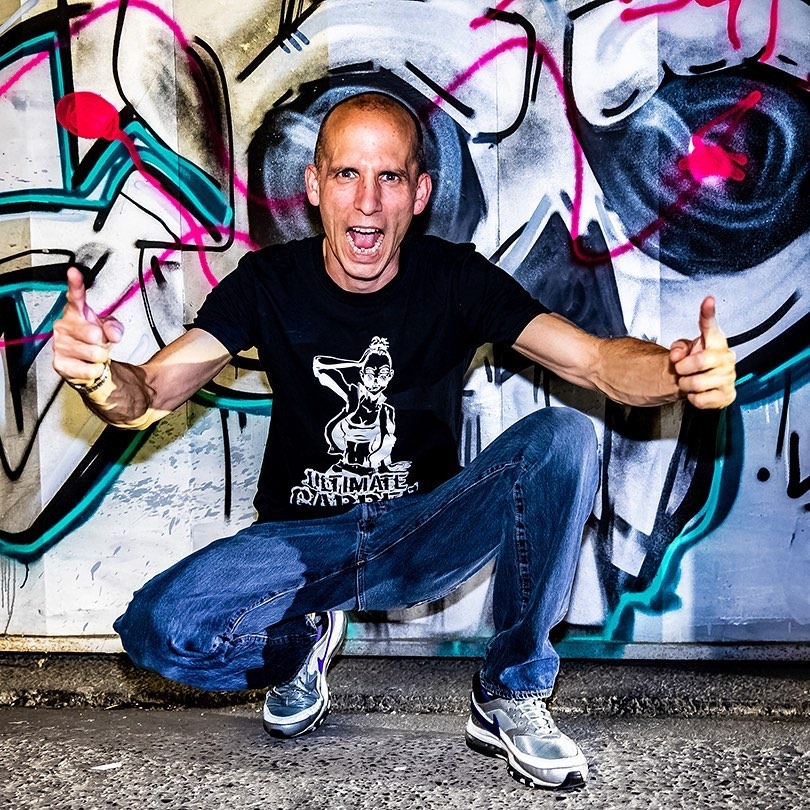 6) Where does your inspiration come from to compose your music?

There are several things to take into account for my inspirations, the main one being my state of mind or mood of the moment, which can definitely influence my ideas, the sounds and the lyrics of a track. I also keep a close eye on new Hardcore titles, to see what the others artists are doing, what new techniques are used, and so on.

Obviously, one must take into account my background experience in the Hardcore industry, the artists I’ve met, the different evolutions that have occurred in the past 26 years: Early, Old School, Happy, Millennium, New School, Mainstream and all the other styles that are derived from that.

I listen to a lot of other styles of music as well, and I won’t say that it influences me directly but I do think that listening to other genres allows me to disconnect from the studio to come back empty headed to dive into production again.

One thing that is for sure, is that what’s airing on mainstream radios these days does not influence me at all. Sorry to disappoint you guys, but you won’t be hearing a Jul remix from me anytime soon! (laughs)

7) Can you give us the back story behind your latest release, Carve You Up?

Carve You Up saw the light of day at some point during the year when I wasn’t feeling my best, to say the least. I felt both hatred and misunderstanding because of a personal matter. One night, I was in my studio, I was looking for a cool voice sample. At first, the idea was to place it on a chill track, pretty mainstream. And at some point, I came across this a cappella sound, from Necro, and it hit me: it was exactly what I needed. I produced the track fairly quickly. This project has motivated me a lot and it enabled me to blow off some steam. It resulted in a more violent song than I usually release in my studio. Nevertheless, the sounds that I like are still there, not to mention the little touch of Frenchcore with a pretty punchy kick-line.

8) Finally, is there a collaboration that you haven’t done yet and that you would like to do?

Yeah, definitely, there are a bunch of them! Though if I could choose one collaboration only I would have to go for Tha Playah, who has been my all-time favorite artist for some time now. I think he is incredibly talented, production-wise, the way he works on his sounds, the tones he achieves to create. And to me, he is also an artist who has remained true to himself and to “the true spirit of Hardcore”.

I have a few underway collaborations and finished ones at the moment, including one with Neko! So be there in 2021 and tune in to discover all of it!