After becoming the icon of the “Piep Kick” and being part of the very offbeat GPF universe, Mizz Behave quickly rose as a reference in this dark part of Hard Music, by offering unusual yoga sessions and quite special music videos. She arrived at full speed of 5 000 BPM/h in her space “piepmobile“, she came to give us a little “Hey x” and agreed to share her secrets in this (not so serious) interview on the occasion of the release of her latest track called Boss Bitch. 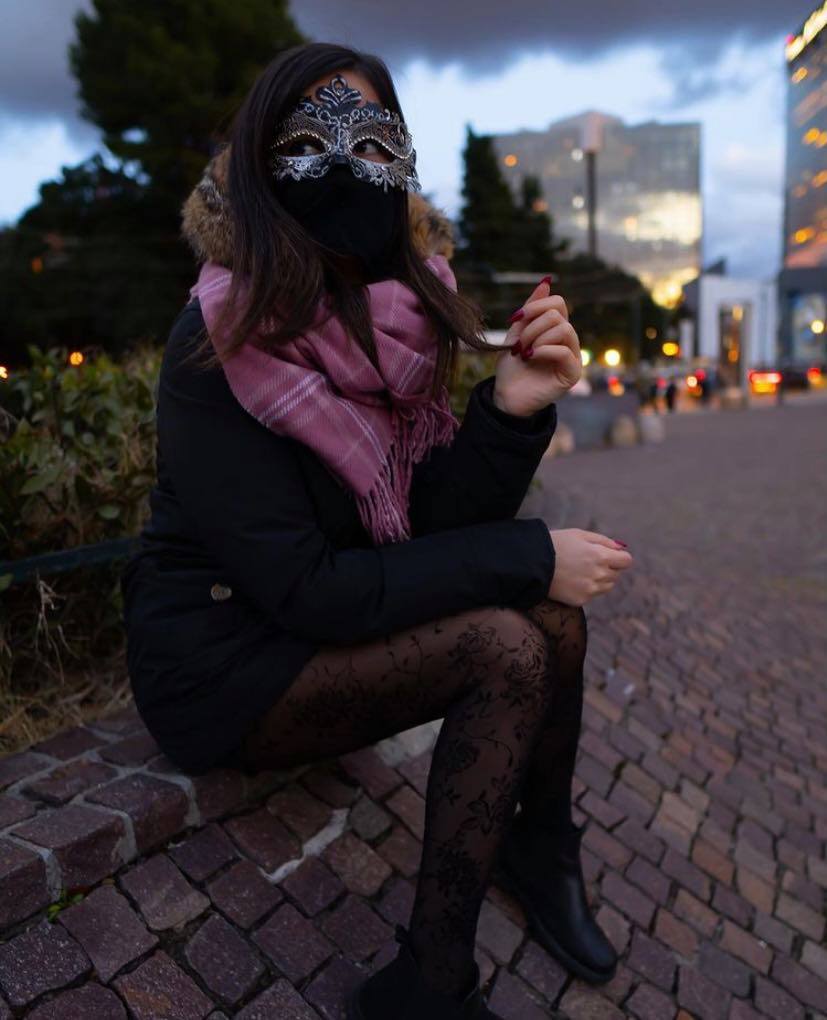 A human being. With a few turtle features and fish ears. I’ve heard that she loves music (literally almost every kind) and she hopes to bring happiness, silliness and power to people, especially in these hard periods.

Cause I’m ugly af lmao. At least there’s the mystery that I may be beautiful x

3. What is your favorite animal?

Rodents. Or llamas. How beautiful are chickens though?!

To be honest, I prefer belly buttons and elbows, but yeah, also feet with ketchup aren’t too bad. Especially if they’re hairy men’s feet. Cheesy.

5. Which do you prefer, Caine or Matty?

I know they are in a relationship with each other. It wouldn’t be fair to judge. They’re both cute and very talented though.

6. If you wanted to make an unlikely/unexpected collab’, who would you do it with?

I actually have a few collabs in the making that you wouldn’t expect. I’d say Rihanna anyway. Or Edith Piaf. And Headhunterz.

7. Imagine tomorrow you wake up as the opposite sex. What is the first thing you would do?

Once, at a party before playing, I heard some weird noises from a door. It sounded like there was an animal eating and drinking noisily. I love animals so I opened the door to make sure it was okay.
There was GPF on the floor drinking beer from a dog bowl and eating crisps with oily dirty hands.

9. What is your plan until the health crisis finishes? And after?

My plan until the health crisis finishes is to keep giving music and content to my fans and stay close to them during this hard period. Keep them distracted from problems with my hard music, silly posts and stories on Instagram or livestreams on Twitch to cheer them up. One of the things which helped me a lot in this difficult times is all of you, people who support me, especially when you write to tell me that my music and livestreams give you strength and help you feel better and/or less lonely!
After, (provided that we can) I would love to go literally ANYWHERE to play crazy music. <3

10. Do you have any final words for your French fans?

I really hope to meet you all soon! I love France and I usually go to Nice for the weekend, I mean, I used to go there when we were free to travel. I’ve never played in France though, and I would love to. I only have a huge doubt: low kicks or piep kicks? Please answer me with a dm on Instagram. Je suis une haricots verts et je vous aime tout. X o x